skip to main | skip to sidebar

So from the post, a couple of days ago, you know that KJ had decided to be Medusa for Halloween. Most of what I know about Medusa up to this point, was from the movies. After doing a little research, we decided that a Medusa costume would need to be something that made KJ's body look like a snake and she would need to have snakes in her hair.
I searched the local fabric stores for something that resembled snake skin. I was about to punt on finding the fabric locally, when I found the perfect fabric in the clearance fabric isle of Joann's. There was exactly 2 yards of fabric. Given that I had never made a dress before, I was hoping that 2 yards would be enough fabric. I also saw a sign - McCall $0.99. I asked one of the ladies at Joann's , if all of the McCall patterns were on sale for $0.99. The answer was yes! I found a pattern that would work and was simple. To my surprise the pattern's regular price was $15.95. It was a good thing that the patterns were on sale for $0.99. So the total cost for the fabric and the pattern was $6.99 plus tax. It really was my day!
The pattern was very simple. Just by following the patterns instructions, I was able to make KJ a simple dress with long sleeves. It's not the greatest construction, but I made it for less than $8 and it will work great as a Halloween costume.
Next challenge, the hair! 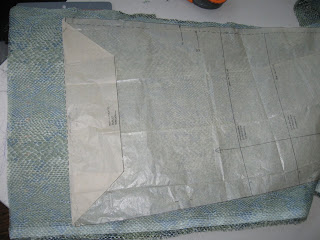 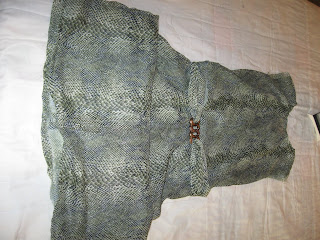 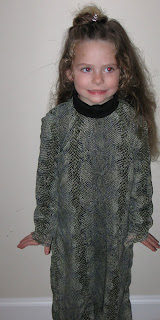 Buy Us A Round Of Ice Cream!